We have worked and lived on boats most of our lives. Guillaume, born a viscount in Paris, sailed to Australia and competed in 7 Sydney to Hobart yacht races. We both crewed super yachts in the Caribbean islands and off Newport Rhode Island for several years – Guillaume as Captain and Tracey as chef.

Just after we were married in Sydney, we renovated a 80 ft barge in Amsterdam and cruised through Europe for 2 years. No doubt, loving the life so much, we decided to create our own charter boat, but in the style and to the standard of a super yacht.

Roi Soleil was conceived, as well as our first child – and by the time the second daughter was coming along, the Roi Soleil was already a coup de coeur in barging. 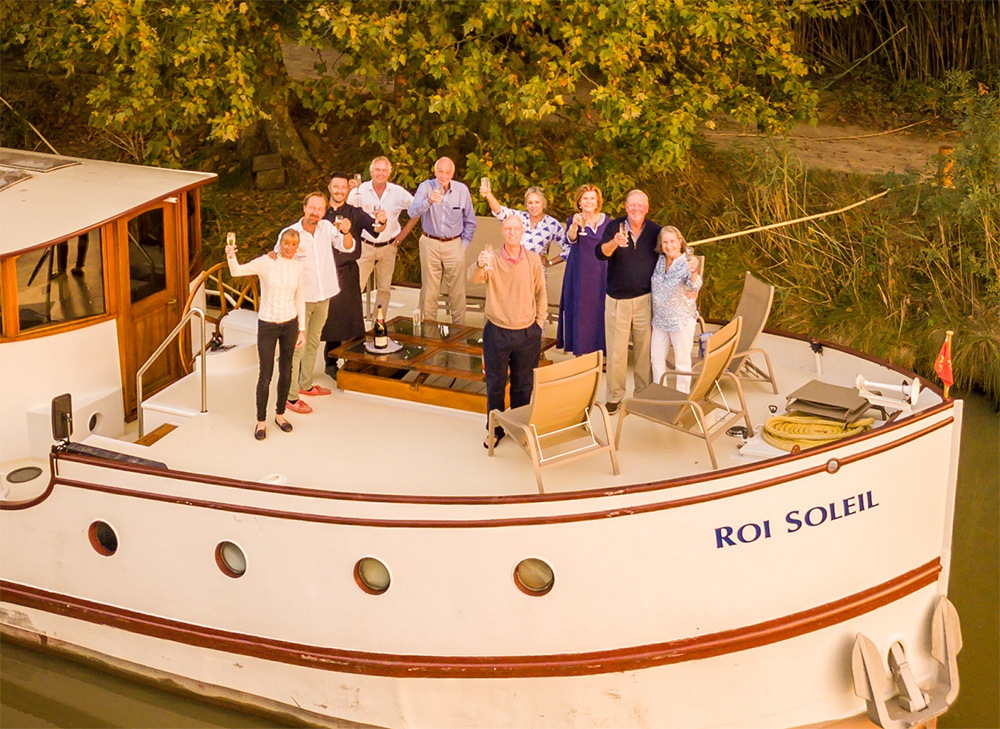 Having been crew ourselves, our philosophy is that a happy crew makes happy guests and, consequently, we have more than a full crew wanting to come back year after year. They are all fluent English speakers, and usually bilingual or more.

Our chefs are passionate, well established entrepreneurs with their own catering businesses in the French Alps. Our two pilots have experience ranging from sailing to barging to yacht building. Our hostesses have yachting and luxury chalets experience.

Our guides are passionate about the history, wine and culture of the South of France which they made their home and are able to acquire private visits to exclusive venues… All in all, a great crew with stellar charter reviews.